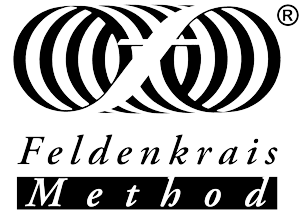 “I have been intrigued by this subtle form of retraining the nervous system, which I recommend to patients whose movement has been restricted by injury, cerebral palsy, stroke, fibromyalgia, or chronic pain. I find it to be much more useful than standard physical therapy. I also believe that the Feldenkrais Method® can help older people achieve greater range of motion and flexibility, and help all of us feel more comfortable in our bodies.”

“I came to Brian over six years ago to “correct” tension in my hip that caused discomfort. Within six months of Functional Integration sessions and classes, the movement in my pelvis greatly improved. A few years later, after a fall, I required surgery on my elbow that included hardware holding the ulna together. The surgeon told me that my arm may bend 75 % to 85%, may not straighten completely and may have limited movements. Within a year, working with Brian and doing Feldenkrais Functional Integration sessions and classes, my arm bent as much as 95% and straightened almost 95%. Recently, a second surgery was done to remove the hardware holding my elbow together. Within a month of Functional integration and attending classes regularly, the flow and flexibility of my elbow continuously improves and has restored almost complete mobility. I have been going to Brian’s classes for more than six years and intend to continue. I appreciate the way this gentle method has shifted my awareness to the flow of movement throughout my body and my wellbeing.”

“I started taking ATM classes with Brian in 1991 when I moved to Victoria from Toronto as a relativity new RMT. I received my first Functional Integration lesson in 1993. I was at the time and continue to be impressed with Brian’s brilliant mind his commitment to the study of this Feldenkrais work. I felt the great benefits of this work enough that I embarked on a professional training and became a GCFP in 2001. In my training and advanced trainings I still haven’t met anyone who has greater experience of actually teaching the work to the public. Brian continues to bring novelty and deeper functional understanding to both his classes and individual lessons. He also continues to be a great resource for all things Feldenkrais!”

“I was inspired to explore Feldenkrais, after attending a seminar with Alexandra Kurland, a remarkable trainer of people and horses. She talked about Moshe Feldenkrais’ personal life, education, and his work. She demonstrated how she applies his ideas to teaching horses how to move their bodies more comfortably when under saddle.

I went home and immediately looked up Feldenkrais practitioners in Victoria, quite randomly picking out Brian’s name from the list. In September, 2015 I attended my first class and I was amazed and fascinated with Brian’s energetic delivery and passion while leading the class through movements that I found myself utterly unable to process, never mind execute. I loved it, even as I laughed at my own body blindness. For weeks, I just let Brian’s instructions flow over and around me like a creek over a stream bed.

Thinking that it might give me a bit more understanding, I booked a private session (Functional Integration). I trusted Brian’s professional skills completely but my body was less confident. Nevertheless, from the very first session, I noticed positive changes. When lying in bed, I noticed my arms were less constricted, falling away from my shoulders with less muscular tension and without my conscious effort. That powerful sensation of relaxation in one area of my body motivated me further. I took two more private sessions and then continued with the weekly classes.

Even though I didn’t always feel results immediately after a class, I would consciously try to recapture the feelings of the previous class during the days that followed. I would notice my body falling back into old habits and then springing itself back into the new sensations. Over the weeks and months that have followed, my posture and movements have steadily became more comfortable, natural and pain-free.

I practiced kung fu for about 20 years, but had given it up because of severe pain in my right hip and leg. I’ve long applied the principles of Cognitive Behaviour Therapy (self-guided for the most part) and dabbled in meditation over the years. These practices have been helpful in contributing to my health and well being, over the years. However, I can confidently say that nothing has produced as rapid, permanent and positive effect on my body and mind as Brian Lynn’s Feldenkrais classes and FI sessions. Long standing emotional and physical issues (trauma based) have literally melted away.

Feldenkrais is a self-education process and it only works, if you do. The insights and teachings of Moshe Feldenkrais are profound. Brian is a brilliant Feldenkrais practitioner and a compassionate, dedicated, and respectful guide. But our ultimate teachers are always within ourselves. “

“At age 62, nineteen years of weekly Awareness Through Movement® classes with Brian Lynn have long since removed all back and neck pain caused by unconscious holding patterns. The work has also introduced smooth and natural functional movements to tennis, digging, raking, and lifting, allowing for remarkably long, pain- and stiffness-free periods of intensive work and play. The extraordinarily effective movements communicated through Brian are a blend of his own extensive personal research and the subtle and intuitive observations and principles of Moshe Feldenkrais. Together they constitute a unique and profoundly life-enhancing approach to physical and mental well-being, and have formed a solid platform for enjoying my life.”

I experienced an athletic injury which defied the efforts of twenty of British Columbia’s physicians and surgeons for several years. More specialists at the Mayo Clinic achieved only temporary pain relief. Not one of the “alternative therapists” made a positive lasting contribution, while diet and vitamins had no impact whatsoever. I was still in a wheelchair.

The Mayo Clinic had suggested, “go to the best pain and stress man you can find”. When Brian Lynn said that he would treat the pain by removing the stress, I thought he was worth a hearing.

He explained that his technique, based on the Feldenkrais Method, consisted of moving the body in such a way that it relaxed itself. He discussed the agonist/antagonist response, and I understood that he would harness this response to form conditioned reflexes. Thus he would exploit two of the most basic neural interactions to achieve his therapeutic goals.

After a large number of small, incremental improvements, I am running again. Of course, beginning to run at age 60 introduces its own problems, which we are working through, every problem addressed successfully.

There is no other plausable explanation for my recovery. The gradual improvements, leading to freedom of movement and freedom of pain, speak for themselves. There have been no subsequent interventions after I began working with Brian. I unreservedly endorse Brian Lynn for musculo-skeletal problems of all descriptions.

In 2004, I had to gave up my healing/counseling practice because I was suffering from burnout and chronic pain. I moved to Victoria and went on a disability pension as I was unable to work.

I started attending Brian’s classes and my pain went away in a matter of months. Periodically I would have recurring bouts of pain due to old holding patterns. Today, a little over two years later my pain is gone. I am still doing classes twice a week as it has become my lifestyle and is much more effective than anything I have tried.

Brian has a incredibly brilliant mind and is still studying on a daily basis even though he has been teaching Feldenkrais for 30 years I went to see Brian for my pain but what I have learned is to be aware of my movements and holding patterns through sensory perception. My cognitive abilities and critical thinking have vastly improved. I am much more grounded and have much more awareness regarding my body. I have more endurance, feel more empowered and stronger within myself. I am totally grateful to Brian for his giftedness, genius and newness he brings to his Feldenkrais practice.

I started attending Feldenkrais classes in 2003 to find relief from pain caused by a severe muscle spasm in my lower back which halted all my physical activity at the age of 38. I was not able to walk without a great deal of pain. Not only did I regain full mobility, I improved my flexibility, regained physical height and improved my vision enough to stop using my prescription eyeglasses. I “lost” my protruding rib cage, eased my shoulder tension and learned to move with more grace.

Brian’s method of guiding people through an ATM class is somewhat different than I had experienced before; he explains more about the methodologies behind the movements and integrates what he has learned from other similar practices. After only a few months of taking Brian’s classes, I have a new awareness of how I hold my carriage and how slight adjustments in my holding patterns can give me instant relief from muscle pain while moving through my daily life. I think Brian is a continual leaner and a teacher who cares. He has a great ability and desire to help ease people’s pain.

I am a retired actress and teacher in my late seventies. Twelve years ago, I had been suffering from very bad neck pain and hip pain which were preventing me from looking after myself independently.

I could no longer vacuum my house, nor mow my lawn without going into neck spasm. After several years of going for massage, which resulted in only short term relief, my therapist sent me to Brian Lynn for Feldenkrais work. I was soon able to perform all the tasks that I had had to give up, as a younger woman, and at 76 years of age I am able to do everything my body is called upon to do for a healthy, and full life. Thanks Brian and Feldenkrais!

I started seeing Brian about 13 years ago for pragmatic reasons – pain in my shoulder, stiff neck and other similar stress induced ailments.

In the first few sessions these problems were resolving and I was becoming intrigued by both the ideas behind the Feldenkrais Method, the notion of “functional integration”, and Brian’s broad understanding of physical / spiritual connections.

Brian demonstrated some of my chronic patterns in relationship to “how I face the world” and transforming these old patterns then became the focus of the work.

I have found that working with Brian has created a deeper personal experience in “embodiment” and this has become an integral part of my spiritual practice. What shows up physically becomes the messenger for deeper psychological, emotional and energetic levels of being. Working with him at more subtle levels has led to insights and ongoing integration of mind, body, and emotions. Since Brian is knowledgeable of and has personal experience with many spiritual traditions discussion of these is an added bonus during a session.

I greatly admire Brian’s dedication to his “craft”, his ongoing commitment to refining his skills, and walking the talk.